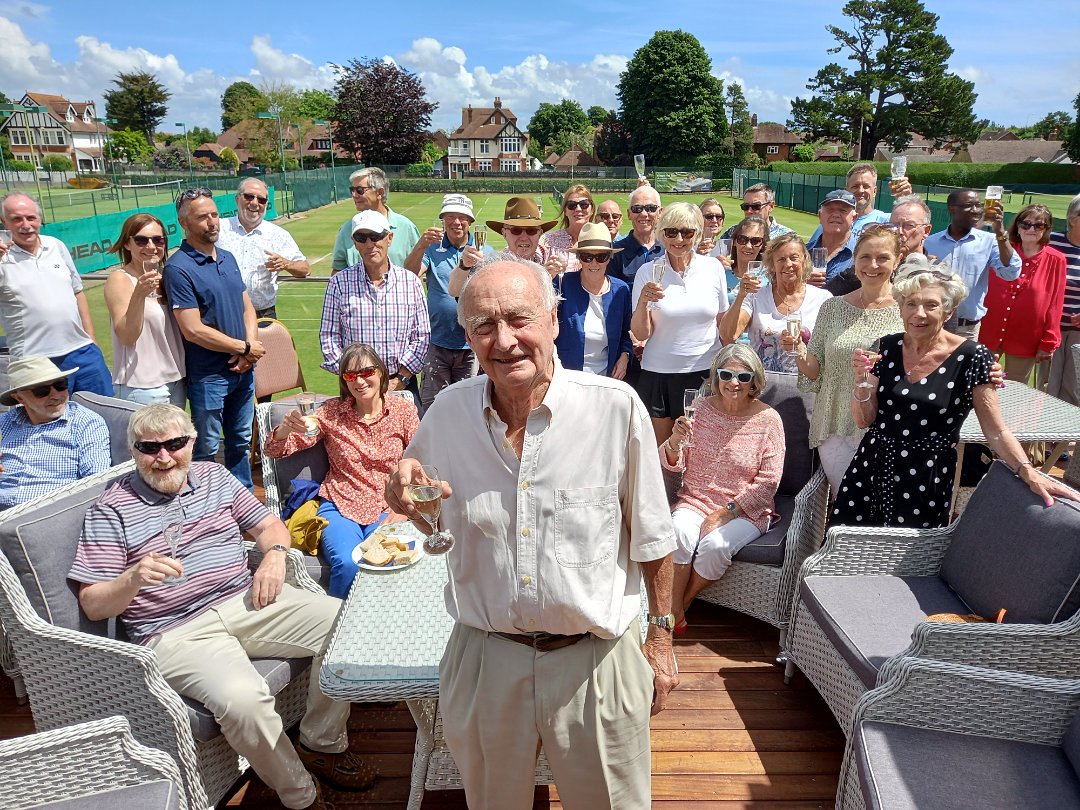 Marcus Blake (front) raises a glass to the new extension.

A generous donation from a long-standing member has helped fund a balcony extension at The Avenue Lawn Tennis Squash & Fitness Club.

Donor Marcus Blake, who joined The Avenue in the early 1960s, cut the ceremonial ribbon to officially open the new balcony.

Down the years, tennis greats including Virginia Wade have competed on the club’s grass courts, which are rated among the best in the south of England.

In a short speech, Marcus recalled seeing the former Wimbledon champion play Holland’s Betty Stove in a pre-Wimbledon tournament, held at The Avenue during the 1970s.

Around 60 members past and present joined the celebrations on the new mahogany decked balcony, on Sunday 26th June. The work was carried out by specialist contractors Waterlooville-based Turvey Construction Ltd and took only six weeks.

Mike Colbourne, a member of the Avenue’s development committee, said: “The balcony extension will help us generate more income through private functions and increased bar revenue but most importantly it will also enhance the view of our 10 grass courts. It also means that spectators will now have a great view of the 7 all-weather courts.”

Please contact us to find out more about what the club has to offer and our membership packages, visits to the club are welcomed by appointment please call the club office to make an appointment.