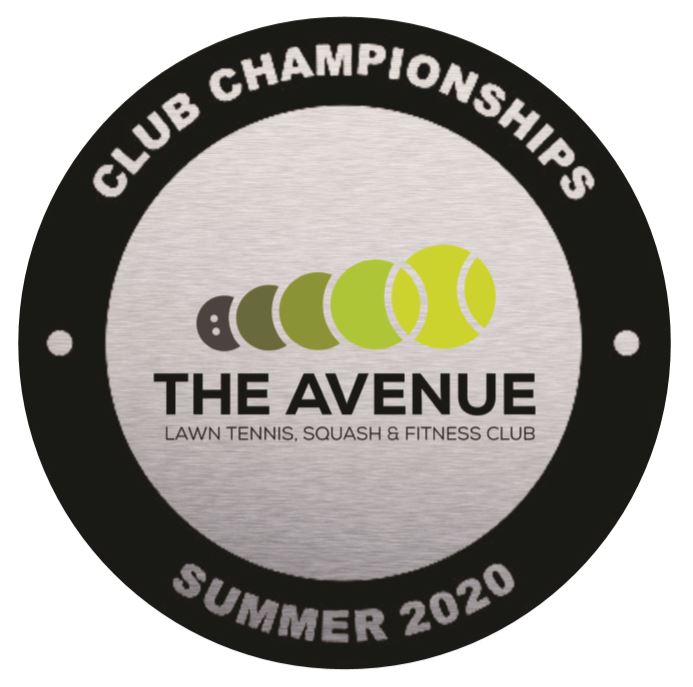 Sunshine, socially spaced seating, and stunning shots, the Avenue Summer Club Championships had it all when it reached its conclusion on Saturday. Countless hours of preparation and planning meant that finals day could go ahead, with spectators and players able to watch and compete in a safe and secure environment.

The Men’s Doubles final was a feast for the eyes, both pairs having coordinated their outfits and playing top quality tennis. It was the pink shirts of James Rosenthal and David Moakes that came out on top against the white shirted Udal and Hardy. Ladies Captain Natalie Denby was determined to get her hands on one of this year’s medals, and her wish came true when she partnered Emma Boucher to a straight set win over Anna Newman and Gill Clarke and become Ladies Doubles Champions.

Crowd favourite Gavin McCue was back in action on court 10 with his mixed doubles partner Anna Newman, but couldn’t repeat last year’s heroics, losing to Vicky Pine and Ian Udal. Newman and McCue fared better when they moved to court 1 for the O40’s mixed doubles final, defeating Mel Stringer and Neil Crawford.

A full list of the 2020 club champions is below. Photos will be available on the Avenue social media pages. Thanks to everyone who competed in this year’s event, and to everyone who supported an amazing day.

Please contact us to find out more about what the club has to offer and our membership packages.